13 Cool Things About Our CubeSat

Our Capitol students built a CubeSat, called "Cactus-1"!  We passed our final Flight Readiness Review check last July (2018), and it's been happily sitting in a box waiting to launch on the new Virgin Orbit launcher "any day now".  While we wait for our launch to happen, let's look at some of the new or cutting edge tech our students pioneered or pushed advances on. 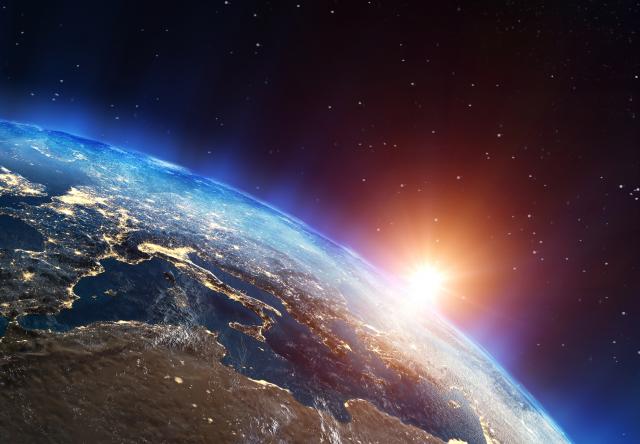 1 & 2: Let's start with the buzzwords.  It's a student-designed satellite running Python on a Raspberry Pi.  We have a professor + student article in the American Journal of Science & Engineering over at ajse.us on "Developing Picosatellite Flight Software" (http://ajse.us/wp-content/uploads/2019/07/Developing-Picosatellite-Flight-Software.pdf)

3: Building it, we used 3D printing to make the custom 'holder' for the Aerogel capture material.  Our student "TrapSat" team made the "Hack a Day" site with that, at "3D Printing the Final Frontier" (https://hackaday.com/2017/12/18/3d-printing-the-final-frontier/)

4: Capture?  Right, what we're capturing is Orbital Debris, tiny bits of space dust or broken satellite chips that clutter up space. Tackling space debris is a timely problem for our age, and American News Report covered us in "Cleaning Up Outer Space is a Capitol Idea"

Ryan and our other students even put together a YouTube video of how it might work (https://www.youtube.com/watch?v=LOFath9EF7w)

5: We use a weird material called Aerogel to capture it.  Aerogel is fragile stuff, feel free to look it up.  We gave a talk on how we are using it to get science data on orbital debris to the American Astronomical Society (http://adsabs.harvard.edu/abs/2014AAS...22410701A)

6: Smartphone-to-Satellite communications is a thing now. Our student teams also built an interface to use your smartphone to communicate with and even command the satellite.  They tested this "Hermes" module on a sounding rocket before putting it onto our Cactus-1 CubeSat, as NASA reports here (https://sites.wff.nasa.gov/code810/news/story184.html)

7: Oh, and Hermes is its own stand-alone module.  So we're actually flying 2 satellites that are independent, just bolted onto the same baseplate.  Most teams scale back to fit everything into a 10 x 10 x 30cm cube-- our students design so we can share the space across teams!  In fact, Hermes has flown on multiple platforms, as related in one student's publication at NASA AAQ (https://aaq.auburn.edu/sites/default/files/workshops/2018/Murray.pdf)

8: For the satellite readers out there, we're using Tabs instead of Rails.  For non-satellite readers… I can't really explain succinctly why that's so cool and new, but I can point out we Capitol folks donated our Tab test rig to the lab run by the co-inventor of the CubeSat concept, so we definitely impressed them!

9: We built this for less than $20,000, or about 1/10th the usual cost of a university satellite build, all funded via the Maryland Space Grant Consortium (MDSGC) (https://md.spacegrant.org/)

10:  We won a free launch via NASA's CubeSat Launch Initiative (CSLI), which really helped, and which was reported on by the MD Independent College and Uni Assoc (MICUA) (https://www.micua.org/images/eMMSummer2015.pdf)

11: We also programmed the satellite to let ground operators play a game against the Cactus-1 AI while it's in space.  We'll have an article on that coming soon.

12: Benefiting the community by releasing it as Open Source.  Our CAD designs, circuit boards, and most other materials are available to the community under an open source license so that other student teams can benefit from our work.  Our students reported this as part of our NASA AAQ talk, "Integrating an Open Source CubeSat" (https://aaq.auburn.edu/sites/default/files/workshops/2017/Presentations/Antunes.pdf)

13: We also funded an intern to write up a "Cookbook" on how to build your own satellite, and put everything up on the learn/share/work site GitHub-- and released it during the SmallSat 2019 conference while representing Capitol (https://github.com/sandyfreelance/cactus-open)

3 years and 30 students later, Cactus-1 shows that when it comes to new directions and pushing new modes and concepts, our Capitol students don't just build, we go higher (to orbit!)-- then give back to the community.  Cactus-1 launches on Virgin Orbit's 2nd launch, coming real soon to an orbit near you.