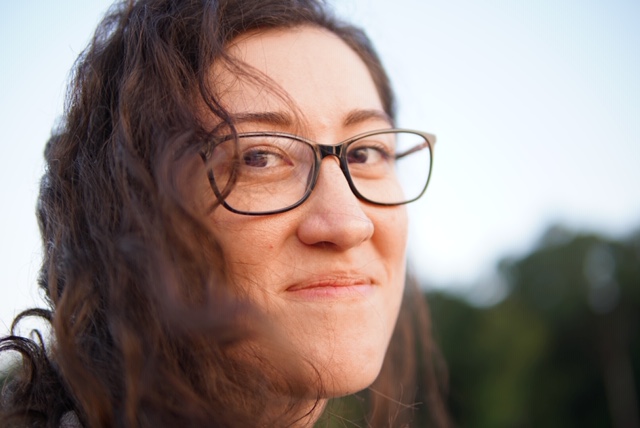 “It hit me – ‘oh, I work for NASA’. It was something that I never thought I would get to do”, says Capitol Tech Alum Lisa Sedares. She began her first internship at NASA when she was a Capitol Tech student and has been working with the organization in various capacities ever since. She represents NASA’s interests in her current role as a Project Engineer at The Aerospace Corporation.

She adds, “technically I’ve been working for NASA since 2011. I got hired as a year-round intern in the spring of 2011. The following spring, I got another part-time internship on a different spacecraft. From there, I went to Landsat and then to my first job at NOAA.”

Growing up, Lisa didn’t anticipate going into STEM. In fact, she recalls always feeling like she wasn’t good at math. This all changed when her high school physics teacher encouraged her to stay for Robotics Team meetings. Despite her protests, proclaiming that she didn’t know anything about robotics and felt that she wasn’t smart enough, he convinced her to stay.

This was the first of many defining moments in Lisa’s path to NASA. She fell in love with robotics, eventually taking over the Robotics Team. These robots are what introduced her to Capitol Tech. When she and her team travelled to Atlanta for the Robotics Championships, she met a Capitol Tech recruiter who convinced her to apply. She says, “he took an interest in me, and the rest is history.”

“Professors who taught me to believe in myself” 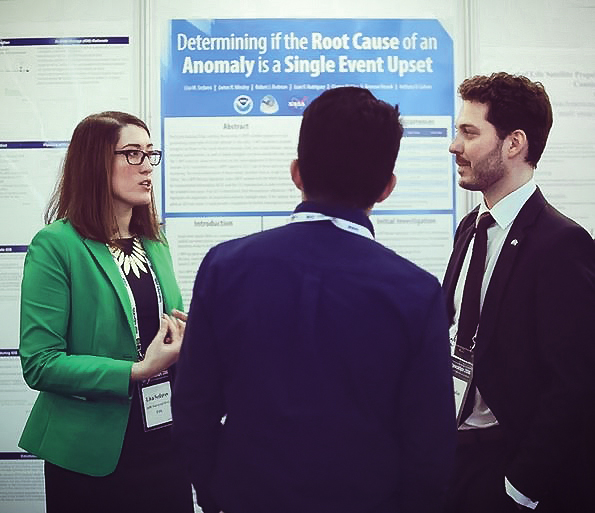 “I had this moment in college,” she says, “where I came to the realization that maybe I didn’t get calculus in high school, but I definitely did at Capitol Tech.” Lisa says that Capitol Tech is where she gained confidence in her abilities as a scientist. Faculty and mentors helped her in her journey. “I had so many mentors encouraging me,” she says, “it’s where I started to believe in myself.”

Lisa keeps in touch with her professors and will go to them for career advice still. She mentions that she recently spoke to one of her Astronautical Engineering professors for guidance about a major career choice. She says that she went to him to ask “what do you think as a person in this industry?”

Looking back on her college experience, Lisa says that it’s these relationships that she built with her Capitol Tech professors that she values most. “We had real relationships with faculty, who are up-to-the-minute working professionals. They get it,” she says. She also keeps in touch with her classmates. “You go to school with people who have the same ambitions as you,” she says. One of her friends from Capitol Tech even works at the same facility that she does.

“The STEM focus was great for me” 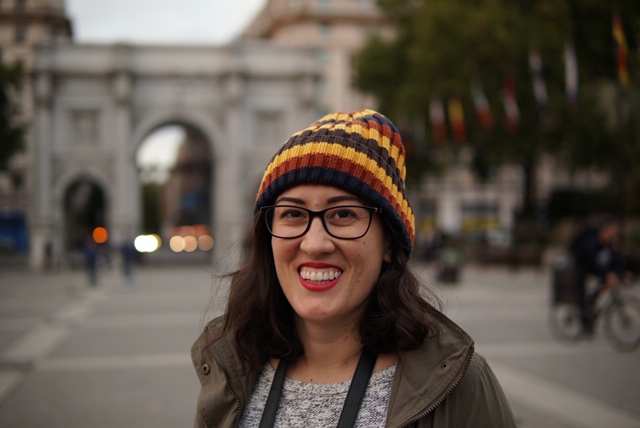 “Capitol was great for me, because I needed to immerse myself in STEM culture”, she says, “my Astronautical Engineering degree gave me a narrow view into aerospace, but a broad view into the different things a spacecraft can do.”Her Capitol Tech education remains highly relevant to her work today. She remembers that she was doing requirements in 400 level AE classes at Capitol Tech, which she uses daily in her current role at The Aerospace Corporation.

“Spacecrafts are definitely getting more and more complex, and grounds systems are getting more and more complex because of that. It’s a rapidly changing field,” says Lisa. She adds that while satellites are very robust, you need people on the ground to make sure that everything goes smoothly and can make tough decisions rapidly. They need to monitor the health and safety of a satellite and collision avoidance. “Sometimes satellites get too close to each other, and you need to figure out which one is getting out of the way,” she explains, “post launch is full of things that need to happen in real time.”

Lisa remembers Professor Angela Walters, Capitol Tech’s Department Chair of Astronautical Engineering, as being especially pivotal to her career. “She guided me towards my first internship, which was a direct handshake with NASA.”

“Capitol makes you a better employee candidate when you graduate, because you already have all of this experience,” she says. Lisa was involved with the Space Operations Institute at Capitol Tech, which she accredits with giving her the first hands-on experience that made it possible to get her first job. “We were flying, helping, and monitoring TRMM,” she says.

“Employers want you to have internships and all of this hands-on experience,” she says, “the job market is super competitive.” While this experience feels almost impossible for many 20-year olds, Lisa felt like Capitol Tech made this doable by facilitating countless projects and internship opportunities that make for hire-able graduates. “Capitol Tech definitely set me on my path,” she exclaims.

In addition to the many roles Lisa has taken on with NASA, she enjoys serving as Head Referee for the FIRST Robotics Competition.