Eyeing a security clearance? It helps to be prepared

It’s the passport into a world of opportunities within government, defense, and other sectors: a security clearance. For students in some fields, such as cybersecurity, being able to obtain one is an absolute must. 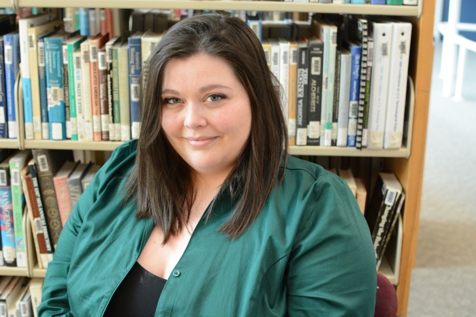 “It represents, for the federal government, a way of determining that you can be trusted,” notes Sarah Alspaw, associate director of career services at Capitol Technology University. Getting a clearance is a high priority for many students at Capitol given the school’s focus on engineering and technology fields and its close links to federal employers.

“We work with a lot of employers that require security clearances,” Alspaw said.

Whether aiming for a confidential, secret, top secret, or Sensitive Compartmented Information (SCI) clearance, students need to think ahead to the clearance process, understand the requirements, and be aware of potential red flags, she said.

1. Find a sponsor. Job-seekers going into the federal employment marketplace often face a Catch-22: you need a clearance to land certain jobs, but a clearance can’t be obtained unless a company or organization is willing to sponsor the process. “You can’t just run out and obtain a clearance on your own,” Alspaw notes.

Traditionally, employers would provide “contingent” job offers, in which a candidate is first hired and then goes through the clearance process under company sponsorship. Nowadays, though, many companies are looking for applicants who have already been cleared through some prior position, stated Alspaw.

Cybersecurity bachelor’s students can position themselves ahead of graduation by doing internships that lead to a clearance, she said. Capitol works with programs such as the National Security Scholars Program (NSSP), which includes a security clearance as part of its scholarship package, and also connects students with internships that can get them on track.

2. Ditch the illegal downloads. Does the federal government really care that you watch pirated movies or grab your favorite music from file-sharing networks? The answer is yes, Alspaw says – those FBI warnings at the start of a DVD are for real, and involvement in piracy will count as a serious strike against you when applying for the clearance. “That includes not only illegally downloading music and movies, but also textbooks,” comments Alspaw. “Textbooks are a big deal among university students, obviously, but if you’re getting materials that you should have paid for, for free, you’re breaking the law.”

Clearance seekers are hooked up to polygraphs and asked a range of questions that cover topics including online behavior, and they must also disclose such information on the SF-86 application form.

3. Get Your Finances in Order. In vetting clearances, the Secret Service is particularly alert to issues that could expose an applicant to blackmail or induce acts of espionage. Financial woes are high on the red flag list. “Having student loans or credit cards isn’t a problem,” Alspaw says. “But having outstanding credit card or loan debt is.” To help students avoid such pitfalls, Capitol provides training in financial literacy as part of the Freshman Seminar that all undergraduates must take.

4. Steer Clear of Drugs. Investigators will conduct a thorough check to ensure you are not using illicit substances. “Don’t take anything that hasn’t been prescribed to you,” Alspaw says. “If you’re found to have used drugs of any kind illegally within 365 days prior to your application, that’s an automatic disqualification.”   Investigators will also contact family members, friends, and roommates who may disclose instances of substance abuse.

5. Don’t Broadcast Your Status. The fact that you’ve applied for or received a clearance should be kept private. Publicizing such status, in addition to breaching the rules, can lead to being targeted for social engineering efforts by adversaries. “Keep in mind that in the security field, you may be discouraged not only from revealing your clearance, but also from talking about your job. Some of our former students aren’t even allowed to tell people where they work,” Alspaw says.

Top-secret and SCI levels of clearance are often required for the career paths of greatest interest to Capitol students. “Due to the subject matter we teach here, many of our students are looking at careers with the NSA or with companies serving the nation’s intelligence and defense needs” said Alspaw. These fields of study can lead to widely impactful careers. Being prepared to apply for a security clearance brings our students one step closer to making a difference.