Want to Play a Game ̶ In Space? 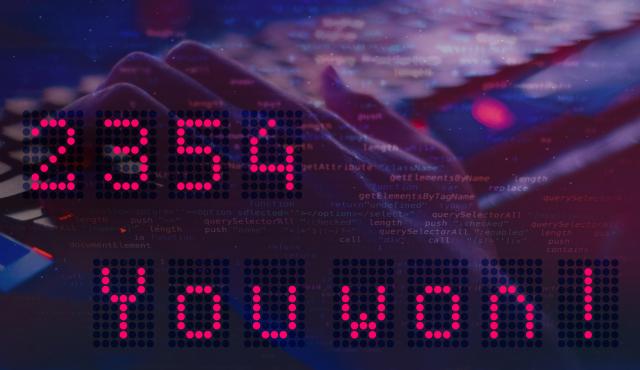 Our Cactus-1 CubeSat pico-satellite will soon be silently zooming its way through space, orbiting Earth every 90 minutes or so.  If you're bored and stop by our command center post-launch, you can even play a game against it.  This is what happens when your students are engineering/programming majors and also hardcore gamers.  You end up with a little game in everything.

Our orbit game is a logic puzzler called Bulls & Cows, often known by its colorful commercial variant "Mastermind".  In short, the satellite is thinking of a 4-digit number and you have to guess what that number is.  You radio up your guess and all it tells you is how many correct numbers in the correct place that you guessed, and how many correct numbers but in the incorrect place.  From those 2 clues, you can then try a new guess and, ideally, figure it out.

We call ours MOO, as a callback to the first computer version-- coded way back in 1970 for the Multics system.  There might be a version on your phone.  We're pretty sure ours is the only one actually aiming for orbit, though.

Here's the tricky part about that orbiting thing.  Our transmitter is very low power and a contact pass (when the satellite is visible overhead) happens only 1-3 times a day, for about 10 minutes each time.  This means, to solve it, you have to be good at radio, fast at solving puzzles, and able to think on your feet.  Or, you have to be patient-- wait for each new pass and solve it over a series of orbits.  Hmm… do we have smart students, or patient ones (or both)?  I guess we'll be finding out!

While we'd love to invite any amateur radio users around the world to try our Cactus-1 MOO game, for now you'll have to come by our ops station on campus, once we launch (on Virgin Orbit, their 2nd flight, launching about 30 days after their first flight gets up there.)  Long and short, there are two classes of FCC radio license you can apply for: amateur (for open use) and experimental (for research).  We're a research satellite, even though MOO would be a great experience for amateur use, so we can't yet let anyone toy with Cactus-1.

In fact, for Cactus-2 we might put it into our FCC license request, so anyone with a radio around the world can try our orbiting game.  We can imagine teams of amateurs sharing their partial solutions as the satellite winds its way overhead with different operators around the world until it is solved-- and the satellite chooses a new number to start the game again.  As Capitol loves to share, we encourage future satellites to steal this idea-- games in space is an idea whose time has come!