Capitol Technology University has been emerging as a hub for research and experimentation using miniature, cube-shaped satellites, known as CubeSats.  In February, Capitol’s program received a major boost, with NASA selecting it to participate in its CubeSat Launch Initiative (CSLI).

Two ongoing, student-led projects – one focused on an innovative method for commanding and communicating with satellites, and the other seeking to trap space debris with the help of aerogel – will be included on a future NASA rocket launch into space. The projects have been combined into a single CubeSat, the Coordinated Applied Capitol Technology University Satellite (CACTUS-1).

It will be flown as an auxiliary payload aboard a rocket, with an anticipated launch in 2018.

CACTUS-1 is one of fourteen CubeSats selected for the program, representing universities, non-profit organizations and NASA field centers.  Other schools chosen for the CSLI include Arizona State, Cornell, Colorado State, Michigan State and the University of Central Florida.

“It puts us up with the big schools,” said Dr. Angela Walters, chair of the astronautical engineering department at Capitol. “We were selected along with several larger universities, as well as NASA centers such as the Glenn Research Center and independent organizations such as the Southwest Research Institute.  It shows we’re on the cutting edge, that we’re doing good work, and that our ideas are on the right track.” 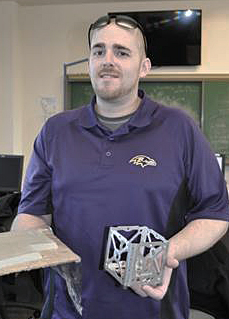 Student-led research and interdisciplinary collaboration are key facets of Capitol’s approach. Two student teams, representing a spectrum of academic programs, developed the projects which will eventually be sent into space via CACTUS-1.

The first team, working from a concept originally proposed by Capitol professor Rishabh Maharaja, developed a system that uses TCP-IP – the same protocol used on the internet – to communicate and control high-altitude payloads. Such an approach has the potential to vastly enhance the speed and efficiency of satellite operations.

The team has tested the concept during high-altitude balloon flights supported by the University of Maryland Space Systems Laboratory, with funding from the Maryland Space Grant Consortium.  Another milestone is set for August, when the HERMES team will be participating in NASA’s RockSat-X program, sponsored by the Colorado Space Grant Consortium.

Meanwhile, a second student group has been working to address the problem of space debris, which poses a growing hazard to space vehicles, equipment and personnel. More than 20,000 pieces of debris larger than a softball are currently orbiting the earth, according to NASA, while the quantity of tiny, non-trackable debris may reach into the millions. 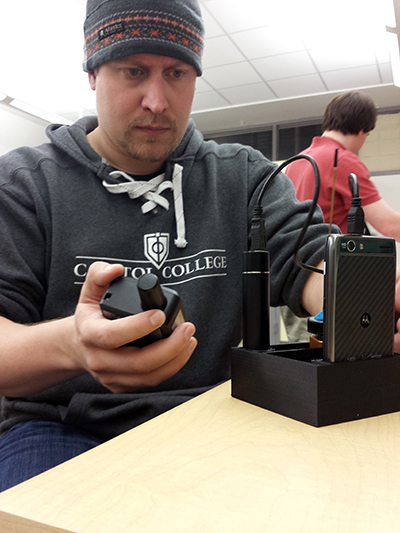 The TRAPSat project at Capitol aims to address that problem by launching CubeSats equipped with aerogel. "Our focus is on using [CubeSats] for debris capture," explained lead engineer Ryan Schrenk, a Capitol senior.

Both HERMES and TRAPSat demonstrate the resourcefulness of Capitol’s students as well as the kinds of opportunities that are available for those who enroll at the school.

“For students who are thinking of coming here, it’s a big draw,” Walters said. “They can see that Capitol students not only get a wealth of practical experience that will help them build their careers, but in this case they have the opportunity to work on a mission that’s going to fly in space.”

“We can give students a big school opportunity with a small school atmosphere,” she said. 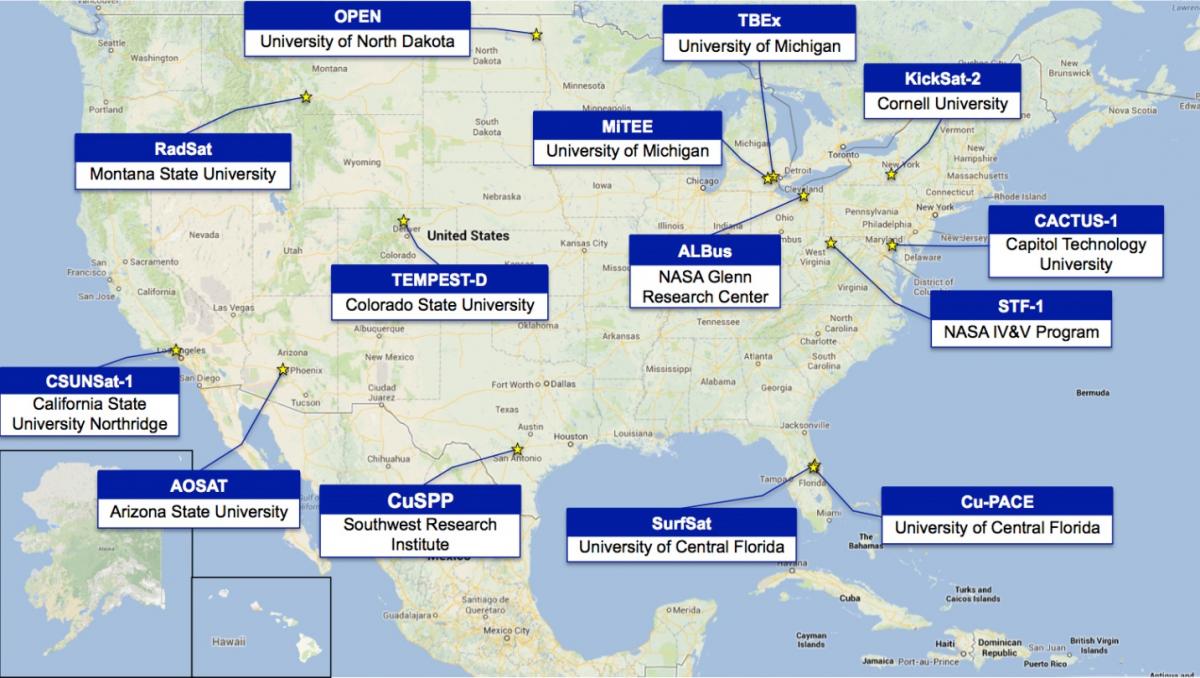