Kierra Harrison: a passion for programming

Kierra Harrison loves to program. One thing her friends and acquaintances know about her is that, at any given time, she's probably writing code.

Often, she'll wake up early to "program something real quick," she says. She might even skip the movies or stay in on a Friday night. For Kierra, coding is more than a practical skill s 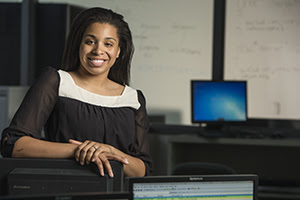 he can use in her career. It's her vocation, something she likes to do even in her free time.

"I think of it as an art," she says. "A good programmer is an artist. There's a creative aspect to it."

A sophomore at Capitol Technology University with a double major in computer and softw  are engineering, Harrison developed an interest in technology at an early age. During her teen years, she was fascinated by how things work, including computers; to find out, she would purposely break a desktop or laptop - and then figure out how to fix it.

"That was an expensive hobby," she acknowledges. Yet it proved useful In the long run; by the time she arrived at Capitol to begin her university studies, she was already well-prepared to become a computer engineer.

Kierra represents an emerging generation of tech-savvy young Americans, fully at home in the digital era and eager to explore its possibilities. When it comes to choosing a college or university, students like her are looking for an academic environment that reflects their interests and outlook.

Capitol, Kierra says, is just that kind of university - a place where the fellow students she meets are as passionate about computers and software as she is.

"At Capitol, we take pride in being described as 'geeks'," Kierra says. "I feel I'm surrounded by people who are interested in the things I'm interested in, who get excited if I tell them I got a new computer and explain to them exactly what it does." 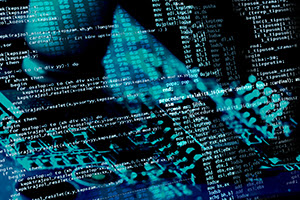 She sensed the vibe the first time she set foot on the Capitol campus, during a college tour.

"I knew right away it was the school for me. Even my mother sensed it at once. People were coming up to tell us about the gaming club, the rocketry club, the engineering clubs and so on, and my mom was convinced I'd love it here. I was convinced too."

Being at a small university also appealed to her. "I like the small, intimate feel about Capitol, the fact that everyone knows my name. When I pass my professors in the hakllway, they'll say 'hi, Kierra'. That doesn't happen so often at one of the big schools."

Since beginning her studies, Kierra has been active in campus life. She is the current president of the National Society of Black Engineers (NSBE) Capitol chapter and a member of the TRAPSat project team, which is developing ways to trap space debris using aerogel.

A Capitol Merit Scholar, she spent last summer as a NASA intern, building an app that tracks satellites into space. During the school year, she and her fellow Merit Scholars have been busy with a quadcopter project called Drones Over Rovers in Space - the end goal being to use drones, which can cover greater amounts of territory than a rover can, on missions to the moon or other planets.

As for her long-term goals, Kierra says she's open-minded and flexible, as long as what she does gives her an opportunity to do what she loves best.

"I'm fine with just about anything, as long as it involves programming," she says.