If you’re an ethical (“white hat”) hacker, you need to know how to infiltrate systems and devices – so you can stop malicious adversaries from doing so. 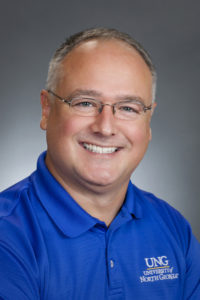 On Thursday (November 15) Dr. Bryson Payne of the University of North Georgia will be explaining methods that ethical hackers can use to commandeer a car.

With automobile manufacturers rushing to add IP-enabled functionalities, security concerns don’t always receive the attention they should. As a result, many consumers are driving vehicles that could potentially be sabotaged or appropriated for malicious purposes.

In a now-legendary 2015 stunt, cybersecurity advocates Charlie Miller and Chris Valasek hacked into a Jeep Cherokee being driven by Wired magazine writer Andy Greenberg, eventually forcing him the road. Their goal: to show that when vehicles feature digital-age whistles and bells, cybersecurity vulnerabilities often come along for the ride.

In his presentation, part of a Center for Academic Excellence Tech Talk double-header being hosted by Capitol Technology University, Dr. Payne will discuss how to add a module on car hacking to a semester-long ethical hacking cybersecurity course or as a standalone lab.

Payne, who is founding Director of the Center for Cyber Operations Education at the University of North Georgia, will also provide a brief history of car hacking and an overview of the CAN (controller area network) bus in modern automobiles. Thursday’s Tech Talk event also features the University of Oregon’s Samuel Mergendahl, who will be detailing a system for defending against DDoS attacks launched from an IoT network.

For malicious actors, IoT devices present an attractive new vector for DDoS attacks – and traditional solutions for defending against DDoS often won’t work – since such solutions weren’t devised with IoT devices in mind. In his talk, Mergendahl will explain a new approach, dubbed FR-WARD, which utilizes the fast retransmit and flow control mechanisms of the Transmission Control Protocol (TCP).

“We’re in our fourth year of hosting CAE Tech Talks at Capitol,” says Dr. William Butler, chair of Capitol’s cybersecurity program. “The NSA approached us about hosting a platform where speakers, professors, and researchers from other CAE institutions can give 40-minute presentations about the work they are doing.”

You don’t have to travel to the Capitol campus to hear the presentation: all CAE Tech Talks take place online, via the university's online learning platform. To attend the talk, simply follow this link and register as a "guest." Event begins at 1:10 pm on Thursday. Mergendahl will be presenting first, to be followed by Payne.

One of the first universities in the nation to offer academic programs in cybersecurity, Capitol Technology University has earned repeat designations by the Department of Homeland Security and National Security Agency as a Center for Academic Excellence (Cyber Defense). The Laurel-based university offers a bachelor's degree in the field, as well as an online master's degree and a doctorate.

Want to learn more about the Center for Academic Excellence program and the educational opportunities available at Capitol? Contact Dr. Butler for additional information: whbutler (@) captechu.edu.