Construction in 2050: robots, drones, and buildings that build themselves 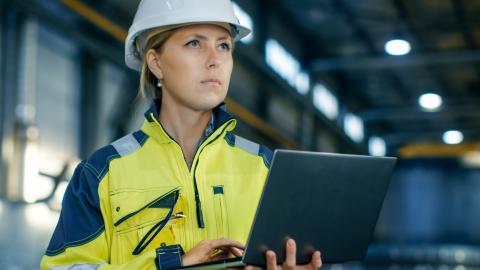 If you were to time-travel and visit a construction site a few decades into the future, what would you encounter?

According to trend-watchers, you’ll likely see most of the manual work being done by robots and other intelligent machines. You might even see construction projects that assemble themselves.

You’ll meet humans too. They won’t be mixing concrete, carrying boards, or operating heavy machinery, though. The role of humans will be to manage the process, with the help of computers and sophisticated software that tracks every aspect of the process, from the overall conception to the tiniest detail.

“The construction site of 2050 will be human-free,” the construction firm Balfour Beatty predicted in a report released last year. “Robots will work in teams to build complex structures using dynamic new materials. Elements of the build will self-assemble. Drones flying overhead will scan the site constantly, inspecting the work and using the data collected to predict and solve problems before they arise, sending instructions to robotic cranes and diggers and automated builders with no need for human involvement.”

Human personnel on the site will have specialized skills – and some will, in effect, be half-cyborg, with technological enhancements that aid them in interacting with the non-human laborers.

“The role of the human overseer will be to remotely manage multiple projects simultaneously, accessing 3D and 4D visuals and data from the on-site machines, ensuring the build is proceeding to specification,” the report forecasts. “The very few people accessing the site itself will wear robotically enhanced exoskeletons and will use neural-control technology to move and control machinery and other robots on site.”

What do these prognostications mean for those going into the industry? One take-home: the definition of “construction worker” is undergoing dramatic change. Traditionally, construction has been viewed mainly as physical labor, with strength, endurance, co-ordination, and dexterity counting more than level of education. Increasingly, though, the trends favor those who can bring compute skills and technical savvy into the mix.

“New jobs and industries will be created – and some will disappear, especially low or zero skill roles and those relying on repetition of tasks,” the report predicts.

At the management level, understanding and being able to use digital-era tools – such as Building Information Modelling – is essential. Also important: an understanding of cybersecurity. As the construction industry becomes more computer-dependent, it also becomes more susceptible to digital-era threats. With a malicious adversary in control, the futuristic scenario described in the report could turn into a sci-fi nightmare, complete with rogue robots and out-of-control drones.

That’s why some schools, such as Capitol Technology University, offer construction management programs that incorporate cybersecurity coursework along with the traditional curriculum taught in the field. ““I believe this is the time to bring these fields closer together,” says Dr. Bradford L. Sims, Capitol’s president.

Combining cyber and construction is out-of-the-box thinking, representing a departure from established ways. But in the construction industry, established ways are undergoing a shakeup. Once renowned for its resistance to change, the industry is already incorporating innovations that range from 3D printing to wearables – including “smart hard hats.” The Balfour Beatty report extrapolates from innovations that have already transformed the way buildings and infrastructure are designed and built.

In many ways, you don’t need a time-travel machine to witness the future. It’s right here.

Build your career in the quickly evolving field of construction management and critical infrastructure. For information on Capitol’s programs, e-mail admissions@CapTechU. edu or phone 1-800-950-1992.