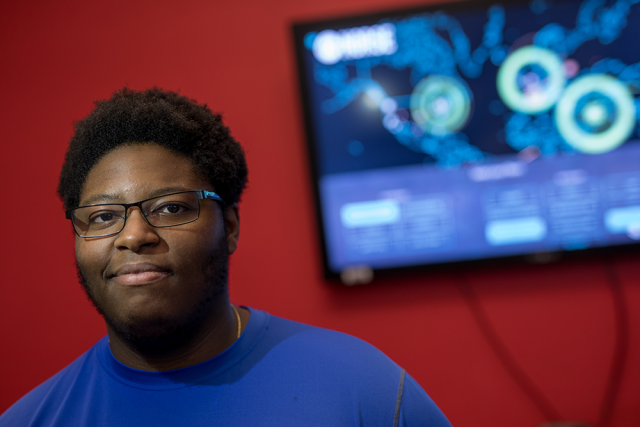 Capitol Tech senior Joshua Joseph realized his curiosity for STEM at a very young age. At just seven or eight years old, he recalls, “I used to take apart DVD players and VCRs. I’d play with the motors and just play around with the circuitry inside of them.”

Joshua carried this passion for “tinkering”, as he calls it, throughout his life. At first, he planned to go into mechanical engineering. After completing an internship with the U.S. Navy in high school, he realized that he had a specific interest in cybersecurity.

However, Joshua also remembers high school as a time where he felt like there weren’t many people who shared his interests. He recalls that while he went to a fairly small school, he lacked a hearty sense of community. “I didn’t feel like a lot of people cared about the things that I care about,” he says. 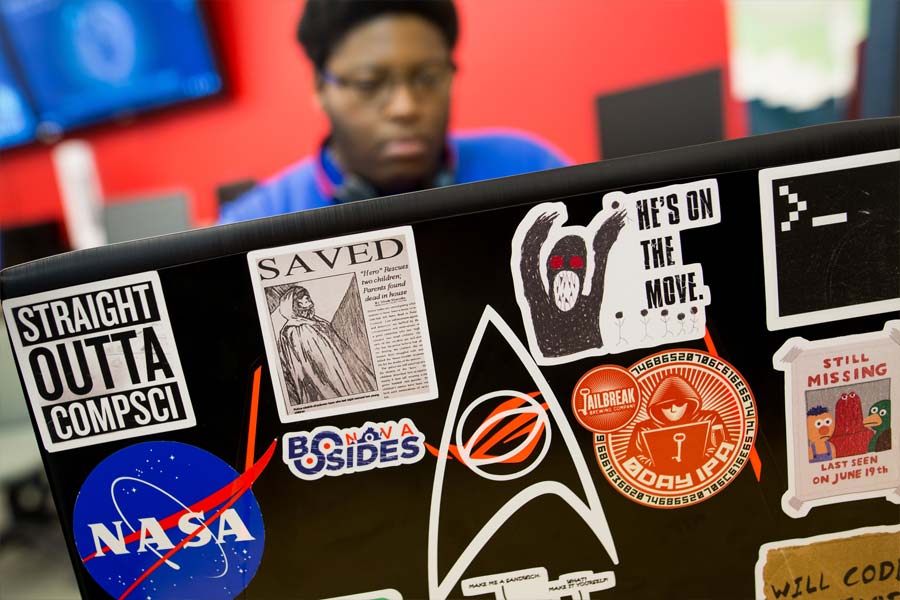 What Joshua found at Capitol Tech is a rich community of people who shared his interests, as well as his drive. “To see that people talk about the movies that I watch and play the video games that I play was a pretty big deal for me,” he says of Capitol Tech.

Joshua adds that Capitol Tech offers a diverse array of opportunities to explore your unique interests, together. “They started an Anime Club while I was there, they had gaming clubs and of course, they had the cyber battle lab,” he says. The outlets that he found on Capitol Tech’s campus were social, academic and professional – sometimes even combining all three. He adds, “I kind of pitched my tent with stuff where I could have fun and learn at the same time, and be able to put that on my resume.”

For Joshua, this included joining Signal-9, a club that organized cyber battles. While the main purpose of the club is participating in cyber competitions, he says, “it was a place where we would get together and talk about the different individual projects we were working on.”

“I really like Capitol Tech for what they offer outside of the classroom,” he says. Joshua has been involved with three different research projects, many of which have included working with a range of majors and backgrounds. “I worked with the brain machine interface project for a year. I got to contribute to a published paper. I did all of this while working in the Cyber Lab and participating in clubs,” he says.

Joshua also credits Capitol Tech faculty that he’s worked with in the Cyber Lab for making him feel at ease about his career. “My professors in the Cyber Lab have a lot of connections and they’re always willing to send out a resume,” he says. He feels like these close relationships with faculty have put him in a good place. “I’ve made connections with people I’ve worked with in different capacities, so they can vouch for me already with jobs,” he adds.

This being said, Joshua already has a job lined up after graduation. As the recipientof the Science, Mathematics and Research for Transformation (SMART) scholarship, he’ll be working with the Department of Defense. The SMART scholarship is a DoD funded scholarship that covers tuition and connects you with a paid internship. He adds, “you get to work with them full time after you graduate for the amount of time you had the scholarship – it’s a guaranteed job after college.” For Joshua, this means he’ll continue to work with the Naval Surface Warfare Center (NSWC) for two years after he graduates from Capitol Technology University with his Bachelor’s in Cybersecurityand Bachelor’s in Computer Science.

As Washington D.C.’s premier STEM university, Capitol Tech is an environment where STEM-minded students like Joshua reach their full potential. Our students benefit from a laser-focused education taught by industry-leading experts and learning in a community of like-minded and ambitious peers. Capitol Tech students graduate prepared to handle technology and cybersecurity roles in the D.C. areas top government agencies and their private-sector supply chains.