Reviving the Dream of Space Exploration: The Private Space Industry

On July 20, 1969, humans walked on the Moon for the first time. This “giant step for mankind,” as Neil Armstrong put it, was the culminating moment in a decade-long push by the United States to advance the frontiers of space exploration.

“We were going to the moon, we went to the moon, and then suddenly everything stopped,” says Antunes, an astronautical engineering professor at the university. “We basically said ‘now let’s build a school bus to go into low earth orbit.’ There’s so much more that we could do.”

That’s one of the reasons, Antunes says, for the emergence in recent years of the private space industry – including not only headline-makers such as SpaceX and Virgin Galactic, but also a host of smaller, specialized companies. In many cases, the company founders belong to the generation that grew up in the 1970s and 1980s. Over the years, they wondered why Apollo 11 wasn’t followed by a continued commitment to push the frontiers further.

Finally, he says, they decided to be change-makers. A relaxation of government control over space flight opened the door to such change.

“Today, multiple commercial entities can go into space. Before, you had to be affiliated directly with the government. The change means that more private capital is going into space, and that in turn means more jobs and more innovation,” Antunes said. 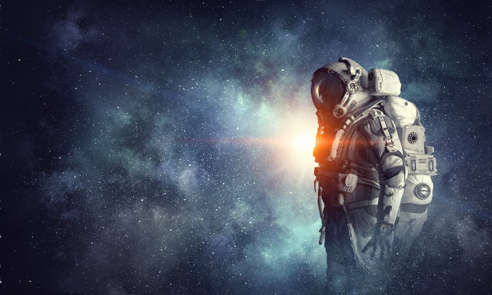 It’s a boon, he adds, for students enrolled in the astronautical engineering program at Capitol, which prepares and trains the systems engineers who are needed to support the ongoing return to space. In the past, most students in the program would have had their sights set on NASA. Although that’s still a coveted goal, it’s no longer the sole avenue available for a career in space.

“Essentially, capitalism has reared its head and said ‘let’s do this.’ People who believe we should be back in space have made money and are putting that money into startups. A prize culture has emerged, with Google and other companies offering awards for people that meet achievable goals, such as a repeatable landing. It’s a powerful incentive for companies,” Antunes says.

As a result, “we have things going on that you couldn’t have imagined before – space tourism, for example. Imagine being able to take your next vacation in space!”

Are there potential downsides to the privatization of space? Of course, Antunes says. The chief concern is that too many people are going into the space industry too quickly, and some companies could take shortcuts or play fast and loose with the rules in their quest for a competitive edge. Earlier in the year, for example, a Silicon Valley startup called Swarm Technologies launched a satellite without FCC authorization -- a move that brought near-unanimous condemnation from the space community.

On the whole, though, the trend is overwhelmingly positive, Antunes says. For scientists and engineers of his generation, it represents the realization of a lost dream.

“The promise of space exploration was taken away from us during the 1970s. Now we’re taking it back.”

Fascinated by space? Want to be part of the 21st-century space revolution? Earn a bachelor’s degree in astronautical engineering from Capitol Tech and you could be on your way! Contact admissions@captechu.edu for more information.