Hazards of Space: How Satellite Missions Can Go Wrong

Space is dangerous: humans cannot venture there without extensive gear and protection. Even with this equipment, space travelers encounter a variety of health risks – including atrophied muscles, weakened bones, and lowered immunity.

The machinery we launch into space is also subject to hazards. Satellites, in particular, contain sensitive electronics that must be shielded from radiation. Orbiting thousands of miles above the earth, they must follow precise trajectories or suffer a premature end to their mission, potentially crashing into the planet below. Increasingly, satellite operators must also take steps to avoid collisions – with other satellites, or with space debris.

Engineers aren’t always able to explain why a satellite runs into problems – space can be unpredictable as well as dangerous. Most failures of satellite missions, however, can be attributed to one or more of the following factors:

Space weather. Our neighborhood star, the ever-restless sun, emits radiation that can damage electronic components and cripple satellites, particularly during geomagnetic storms. Although satellites are equipped with protective shielding, they cannot always withstand an intense influx of high-energy particles or electromagnetic current. 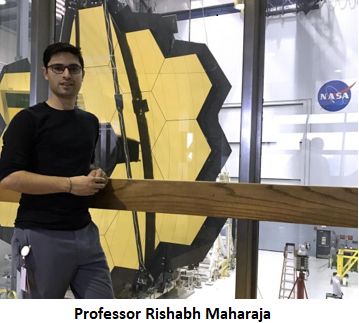 The sun isn’t the only potential source of trouble. Spacecraft can also be affected by the South Atlantic Anomaly, an area where the Van Allen Belt dips very close to the Earth’s surface, spewing forth highly-energized particles as it does so. “As they orbit the earth, satellites pass through the anomaly multiple times,” notes Rishabh Maharaja, a flight operations engineer at NASA who teaches in Capitol Technology University’s astronautical engineering program. “Particles can wreak havoc on computer systems and even turn off the GPS.”

Space Dust. A Stanford researcher, Sigrid Close, found that electronics can also be damaged when space  dust, also known as “cosmic dust,” hits the spacecraft and turns into plasma. Close’s hypothesis, confirmed by research published in 2013, may shed light on satellite failures that were previously chalked up to unknown causes.

Collisions. Space is becoming crowded; the quantity of human-made objects has increased exponentially over the past decade. Moreover, defunct satellites are still in orbit, but with no one commanding or controlling them. An interruption in the transmission of data can leave ground crews unaware of an imminent hazard. Problems such as these led to a notorious 2009 collision that destroyed an Iridium satellite.

Besides active satellites, massive amounts of debris – including old rocket bodies, dead satellites, and tiny particles numbering in the hundreds of thousands – are circling the earth. Keeping satellites clear of such debris requires vigilance. “Part of a space flight operator’s job is to monitor the reports that tell you about nearby space junk. If the reports show a significant possibility of collision, then the decision will be made to fire thrusters on the satellite,” Maharaja said.

Incorrect orbit. A satellite can’t travel into space on its own; it needs something to propel it. Glitches during a rocket flight can result in the satellite being placed into the wrong orbit. In a recent incident, communications broke down for more than 9 minutes during the launch of an Ariane 5 rocket. As a result of the glitch, two satellites were placed into orbit with wildly incorrect orbital inclinations 21 degrees versus the planned 3 degrees.

Internal problems. Not everything that can go wrong with a satellite stems from an external cause. Spacecraft have multiple subsystems – including electrical, communications, thermal, power, and attitude control. “Just as a car can break down, or our bodies can get sick, spacecraft subsystems can stop functioning smoothly.” Maharaja says. He cites personal experience: on NASA’s Fermi mission – where he serves a task lead and flight engineer – a solar array stopped moving, causing the satellite to go into safe mode until the problem could be fixed.

At Capitol Technology University, where aspiring satellite operators and space systems engineers study in the school’s astronautical engineering program, learning how to deal with anomalies is an important part of the curriculum. The university’s Space Flight Training Operations Center houses simulation software that gives students hands-on practice with virtual satellites – and surprises them with anomalies they must respond to.

“Being a space flight operator is a little like being a doctor monitoring a patient,” Maharaja says. “Much of the time, things are quiet – but when they aren’t quiet, you need to know how to respond. A satellite sends telemetry to let operators know how its various subsystems are working. At the SFOTC, students download the same kind of telemetry from the virtual satellites they are commanding through the simulation software.”

A course in ground systems engineering offered at the university even includes handling an out-of-control satellite as part of the final exam. To pass, students had to apply techniques they had learned in the course in order to restore spacecraft telemetry and regain command capabilities.

“Our goal is to develop the students’ situational awareness,” says Maharaja. “We train the students to monitor certain characteristics, much as a doctor is trained to monitor a patient’s vital signs.”

After all, when dealing with an environment as unforgiving as space, success is not simply a matter of planning for when things go right.

It also hinges on anticipating what can go wrong – and knowing how to respond.

Interested in commanding satellites or becoming a space systems engineer? To find out more about Capitol’s astronautical engineering program and the Space Flight Operations Training Center, send an e-mail to sfotc@captechu.edu or request information here.